Fabrics of Choice for Decorator Fabrics 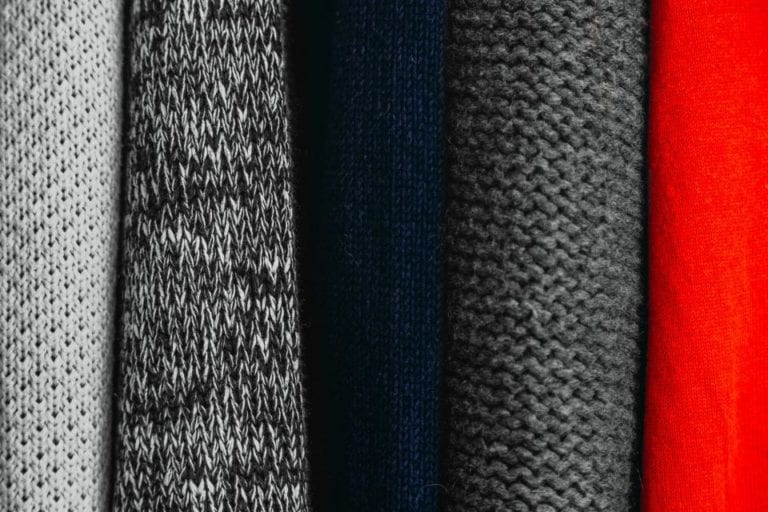 Choosing which fabric or online fabric store to use in any capacity can be an important decision. Fabric can do anything from setting the mood of a room to looking professional in the office. With the varied types of textiles and online fabric stores available, it can be difficult to know which is best suited to your needs. Here, we will look at the most common types of design fabrics and explore their different uses.

Cotton is the most common fabric in the world. As far back as 3000-5000BC, cotton has seen use in many different parts of the world, including South America and southern Asia. Interestingly, cotton production originated in these various parts of the world independently. Proving its appeal has been commonly seen since its inception.
Its uses are legion, across almost all industries. It is capable of both keeping you dry and warm in the winter, as well as absorbing moisture and keeping cool in the summer months. Additionally, the usefulness of cotton can be enhanced by blending it with other fibers or fabrics, making it a most versatile and useful source of textiles. Its ability to be sterilized gives it yet another advantage as it can be used in clean environments such as surgical rooms or spacecraft.

It’s not hard to see the advantages of cotton. From drapes to dresses to drivers’ seats, cotton has its place in virtually all parts of the modern world. This amazing plant has been a part of our lives nearly as long as we’ve been able to farm and shows no signs of being replaced.

The Shimmer of silk has been alluring since its creation. First created around 2500BC in China by the wife of the Yellow Emperor. Since then, silk has touched countless people’s skin for both protection and comfort.

If we set aside its obvious attractions, we can easily see why silk has earned its place as a staple fabric. The ability to absorb moisture, though not as well as cotton, has once again proven its usefulness. This absorption and its comfortability make silk an excellent fabric to wear in the heat but also proves useful in the home and in professional work.

Upholstery and bedding made from silk are quite common, but the industrial uses of silk are often overlooked. Silk can be used to make a variety of products, not limited to clothing and furniture. Parachutes are often made using silk and even some medicinal uses have emerged, such as for sutures after surgery. Some silks even offer protection against small insects, like mosquitos. No matter the weather or setting, silk has shown us time and again that its ability to stand up to mother nature is second only to its comfortability.

The use of wool is thought to have started sometime around 6000BC making it the second oldest textile in the world. It was then brought to use in Europe sometime before 1500BC. Wool has protected humans from the elements since the first cities were constructed. Wool textiles set themselves apart from the rest with its ability to repel moisture on its outer layer but absorb it on its inner layer. This makes the outside layer of fibers feel dry while the moisture is in the wool.

It also boasts a higher than average heat resistance, meaning it’s a great fabric for environments concerned with fire safety. This also gives it a nice layer of protection against the sun. It has been used in everything from blankets and socks to furniture and shows no sign of going anywhere soon.

Linen, not to be confused with cotton, comes from a similar source but is quite a bit older. Evidence of linen has been found in ancient caves dating as far back as 36,000 years, suggesting ancient man used linen fibers in some capacity. While its use was mainly focused on clothing such as shirts and dresses, over time it has become more and more commonplace in the house. Bedrooms and bathrooms are littered with this textile. Its higher conductivity gives it the same “cool” feeling as other conductive materials, like metal. This has made linen a highly used textile for far longer than any of its competition.

The downsides of linen are few, but they are present. Bleach, for instance, can easily degrade linen. It also tends to wrinkle and grow thinner over time. Some of these are viewed as positives, wrinkles are a sign of age and can be used to add a certain character appeal. Its variety of uses also counteract these downsides 10-fold and, much like cotton, it can be manipulated to lessen the effects of these sometimes-negative attributes.

Synthetic textiles are older than one might think. Though being first seen in the late 1800s, they are still incredibly young when compared to the use of cotton and wool. That being what it is, the use of synthetic fabrics like nylon and polyester are becoming increasingly commonplace. Their low heat tolerance aside, their ability to absorb color and be treated for additional uses have rocketed synthetics to the top of the fabrics industry.

While not completely replacing cotton, synthetic fibers have their uses in the home and outside. From leggings to umbrellas, you likely benefit from the use of synthetic textiles nearly as often as cotton and arguably more often than linen. Additionally, while nylon and polyester may be the most common types of synthetics, many more exist and many can be, or have been, tailored for your purpose. While it’s hard to imagine a world in where cotton and wool are completely replaced by synthetic fibers, we can rest assured that someone is trying to do just that.

The types of fabrics above are only a small fraction of those available on our online fabric store. Many more exist and many more have yet to make their impact on the world. At the end of the day, choosing the type of fabric that suits your needs and taste can be a fundamental decision. Whether in the office, at home, or simply in what you wear, your choice of fabric can help determine how comfortable you are, set the tone of a living space, protect you from the, and even help protect you from the vastness of space.